Enrico Consolandi - Court of Milano (I)

Oliver Goodenough - Vermont Law School and Berkman Center for Internet and Society (USA)
Oliver Goodenough’s research, writing and teaching at the intersection of law, economics, finance, media, technology, neuroscience and behavioral biology make him an authority in legal innovation. He is currently a Professor of Law and the Director of the Center for Legal Innovation at Vermont Law School, a Faculty Associate at Harvard’s Berkman Center for Internet & Society, a Research Fellow of the Gruter Institute for Law and Behavioral Research, an Adjunct Professor at Dartmouth’s Thayer School of Engineering, and a participant in the University of Pavia’s initiative on legal innovation. This spring he will be a visitor at CodeX, the Stanford Center for Legal Informatics. (more) 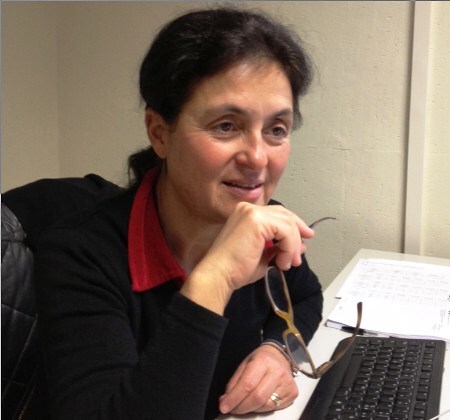 Gabriella Bottini - University of Pavia (I)
Gabriella Bottini is full professor of Psychobiology and Neuropsychology at the Psychology Department of Pavia University, and director of  the Cognitive Neuropsychology Center at the A.O. Niguarda Ca' Granda Hospital of Milan, Italy. She is a PhD in Neurological Science (1991), Medical Doctor (1982) and Neurological Consultant (1986). Gabriella Bottini attended the Clinique Universitaire - Neuropsichiatrique Bel Air of Geneve (Switzerland) as an internal student. She spent two years for research on normal subjects and patients at the Medical Research Council Positron Emission Tomography Cyclotron Unit - Hammersmith Hospital of London and attended the Royal Postgraduate Medical School. She has been Neurologist Assistant (1990-1992) and Aid Neurologist (1994-2000) at the Neurological Science Department of Niguarda Ca' Granda Hospital of Milan, Italy. She is Honorary Senior Lecturer at the Institute of Neurology of London. She coordinates the study group of Neuropsychology of the  Lega Italiana contro l'Epilessia (LICE) and of the study group of Neuroscience and Law of the Società Italiana Neurologia Demenze (SINDEM). Membership: International Neuropsychological Symposium (INS), Società  Italiana di Neuropsicologia (SINP), European Neuropsychological Society (ENS), Società Italiana Neurologia Demenze (SINDEM), Lega Italiana contro l'Epilessia (LICE). (more) 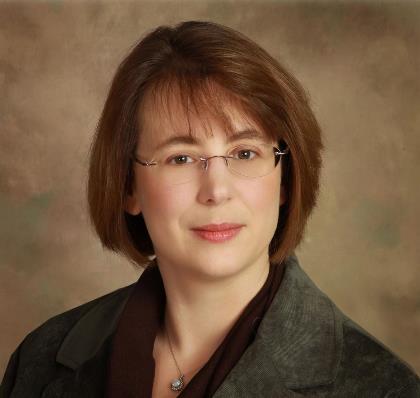 Jeanne Eicks is managing director of the Center for Legal Innovation and teaches eLawyering and eDiscovery at Vermont Law School. She facilitates collaborative projects between students, faculty and industry partners on behalf of the Center for Legal Innovation. Her published work includes “Evidence Challenge,” published by LexisNexis in 2014, and a chapter in “Educating the Digital Lawyer,” an eBook co-edited by Professor Oliver Goodenough and published by LexisNexis in 2012. Professor Eicks’ past experience includes serving as CEO of an application development and Internet consulting firm, managing information technology for Vermont Law School, and establishing several degree programs during her tenure as a professor at Vermont Technical College. Professor Eicks received a B.A. from Washington University in St. Louis, Mo., a J.D. from Vermont Law School, and a master’s in internet strategy management from Marlboro College. (more) 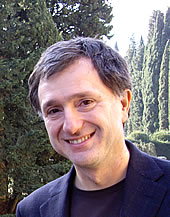 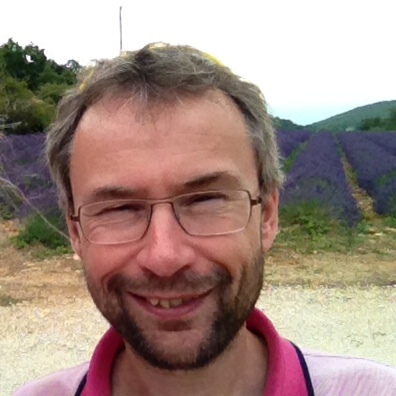 Jan Smits - Maastricht University (NL)
Jan M. Smits (1967) is Chair of European Private Law at Maastricht University and academic director of the Maastricht European Private Law Institute (M-EPLI). He publishes, teaches and supervises students in the fields of European private law, comparative law, legal theory and ‘law and…’ approaches. He has a special interest in questions of legal harmonisation (in particular in Europe and Asia), the foundations of (European) private law, mixed jurisdictions (including South Africa) and internationalisation of law generally. He is an outspoken proponent of an international approach towards law. Jan Smits held visiting positions at a number of foreign institutions, including the University of Stellenbosch, Tulane Law School, Leuven University, the University of Liège, Koc University, Louisiana State University, the Penn State Dickinson School of Law and the University of Helsinki. From 2010-2012, he held the HiiL Chair on the Internationalisation of Law. He is a elected member of the Royal Netherlands Academy of Arts and Sciences (KNAW) and a titular member of the International Academy of Comparative Law (AIDC). (more) 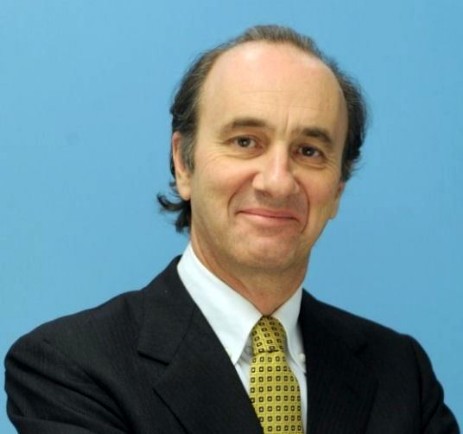 Franco Toffoletto practices and specialises in employment law and is President and Managing Partner of the law firm, Toffoletto De Luca Tamajo. With a great passion for technology, he was also one of the creators and developers of Easylex, a software which, to date, is still used by the majority of law firms in Italy. Franco is the author of numerous articles and publications on employment law, and regularly contributes to the Italian daily, “Il Sole 24 Ore”. His most recent book – “The Civil Code Commentary: Agency Contracts” - was published in the autumn of 2014. Franco is also a professor at the School of Higher Education in Employment Law, organised by the AGI (the Italian Employment Lawyers Association) and often speaks at conferences, both national and international.  (more) 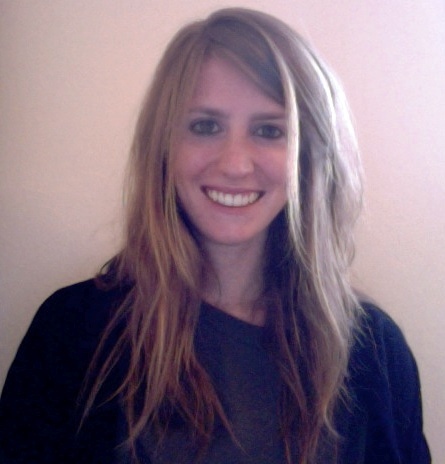 Maria Laura Fiorina - PhD Student, University of Pavia (I)
Maria Laura Fiorina graduated with a J. D. magna cum laude in 2011 from the University of Pavia, Faculty of Law, presenting a final thesis on Criminal Law on criminal aspects of medical treatments in Italy and Germany.  During her university studies, she spent a semester as an exchange student at the Universität  Hamburg in Hamburg (DE). In 2011 she graduated with a Social Sciences Diploma from the Istituto Universitario di Studi Superiori (IUSS) of Pavia, presenting a final thesis on the court systems in the US and in Germany.  Since october 2011 she has been a PhD student in Criminal Law at the Department of Public Law, Criminal and International Justice at the University of Pavia. She is a Teaching Fellow on the Criminal Law course and on the Law, Science and New Technologies course - Faculty of Law, University of Pavia. Since September 2012 she has been cooperating with the ECLT. (more) 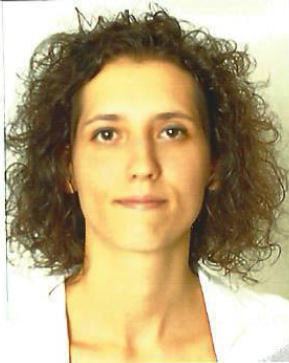 Chiara Colicchia - Judicial Assistant, Court of Appeal, Milano (I)
Chiara Colicchia graduated in Law in October 2012, at the University of Milan. She worked as a legal trainee in a law firm focusing on administrative law in Milan, and then, in October 2013, she started the judicial apprenticeship at the Court of Appeal of Milan, in the Civil Division, with the Hon. Pres. Amedeo Santosuosso. She is still assisting the judge at the Court of Appeal, in order to gain a legal experience. Subjects of major interest are civil and administrative law. (more) 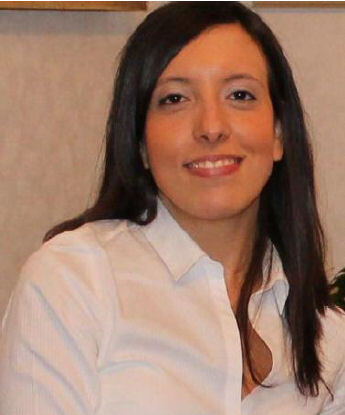 Federica Fazio  - Judicial Assistant, Court of Appeal, Milano (I)
Federica Fazio graduated in Law at Università Cattolica of Milan in July 2012. Subjects of major interest are IP, Antitrust and Commercial law. She worked as a trainee lawyer in legal firms in Milan, with a focus on Civil law, Commercial law and Intellectual Property. Afterwards, in October 2013, she started working as judicial apprentice at the Court of Appeal of Milan - Civil Division, with the Hon. Pres. Amedeo Santosuosso. At the moment she is still assisting the judge at the Court, in order to improve and sharpen her professional knowledge about legal procedures. (more)