THE CASE KING V. MARYLAND AT THE U.S. SUPREME COURT.

Can a State keep, without any time limits, the genetic profiles belonging to people that have been charged with serious crimes but have not yet convicted? It is on this point that in a few days, the U.S. Supreme Court is called upon in order to take a decision.

The fact that DNA is a trait that makes us unique and different from all the other human beings is well known. The fact that DNA, for this reason, represents a fundamental investigative support in the fight against crime is known as well. But the fact that the DNA which is found at the crime scene is catalogued and stored within DNA databases for an indefinite period, should the person be a convicted one or a mere suspected and arrested one, is a matter that is still questionable in many States.

A statute that is binding in the State of Maryland (Maryland DNA Collection Act) admits such hypothesis.
Alonzo Jay King Jr. was arrested for assault, and a blood sample was taken from him, in order to extract his DNA profile.
The police then compared his genetic profile with those profiles that are cataloged in the national DNA database (Maryland DNA Database): The police found a coincidence ("match") between the man’s profile and the one which had been collected in a rape case that remained unsolved for years. Thanks to this "hit", therefore, Mr. King was sentenced for rape. These are the premises for the judicial case that has now reached the Supreme Court.
King is asking to declare the unconstitutionality of the Maryland Act, stating that the law allows the unlimited storage of genetic profiles that could also belong to non-identified, or just  suspected and not convicted people (and thus, innocent people). In April 2012, the Court of Appeals of Maryland stated that King was right, and the Court ruled that the law authorizing the collection of DNA profiles without a warrant constitutes a violation of the Fourth Amendment to the U.S. Constitution, being it an unreasonable search. Maryland, however, continues to argue that the intrusion into Mr. King’s privacy was necessary for public security reasons, and such an intrusion constitutes, in any case, a compression of minor level if compared to the benefits which could be obtained by solving cold cases, thanks to DNA.

It is now up to the U.S. Supreme Court to set the balance between the needs of individual freedom (privacy) and the needs of public security. 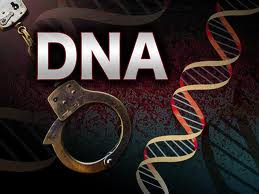 What we are asking ourselves now is precisely: will the Supreme judges confirm the National Court’s position, which anchored its reasoning on the fourth amendment of the Constitution, or will they instead prefer to reverse the Court of Maryland’s decision? In the first hypothesis, the U.S. Supreme Court might find a "source of inspiration" in the Strasbourg Court’s ruling on the same issue (in the case of S. and Marper v. UK, 2008), and thus giving rise to a symptomatic convergence of views on the one and on the other side of the Ocean. In the second case, however, the Supreme Court could justify his position placing itself on the same line as other national supreme courts, such as the Supreme Court of Virginia and the Court of Appeals for the Third and Ninth Circuits, in similar cases.
In other words, will the Supreme Court of the United States look at the European scene or will it take inspiration from other national courts? With regards to the result, we just have to wait for.