THE EPILOGUE OF THE CASE KING V. MARYLAND.

The complex story about the case King. V. Maryland, relating to the validity of the Maryland DNA Collection Act that allows the collection of genetic profiles belonging to people accused but not convicted for a serious crime, has come to an end.
In a historic judgment the U.S. Supreme Court has decided that the police can legitimately collect DNA samples from individuals accused of serious crimes (violence, attempted crimes of violence, burglaries, attempted burglaries). In doing so, the Supreme Court has reversed the judgment given by the Court of Appeals of Maryland, which considered the national law as inconsistent with the IV Amendment of the U.S. Constitution. In fact, the Maryland judges affirmed that the unlimited storage of DNA represented an "unreasonable search".
The Supreme Court, instead, has not been persuaded by the defence’s claims, according to which the practice of collecting DNA does not possess the "special need" which is necessary to allow "search and seizure" in the absence of an individualized suspicion. In the claimant’s opinion, while fingerprints would aim to identify the suspect person and are therefore equipped with "special need", the DNA sampling would be useful just for solving "cold cases", i.e. the cases that remained unresolved, and thus the aim of DNA sampling would be nothing more that the general purpose of crime prevention and resolution, but without a "special need".
In the Supreme Court’s perspective, however, the collection of DNA is comparable to fingerprints, as well as the mug shots, and is compatible with the Fourth Amendment of the U.S. Constitution. The majority of the bench (composed by Chief Justice John G. Roberts Jr. and judges Clarence Thomas, Stephen G. Breyer, Anthony M. Kennedy and Samuel A. Alito Jr.) stated that "investigations without suspicion" (also defined "suspicionless searches" or "special needs" searches) are not unreasonable, admissible and well founded, since they are justified for public security reasons. In this view, DNA sampling with mouth swab test is not particularly invasive and it represents "a very minimal intrusion on personal privacy", and thus it shapes as a means that police forces can legally use for guaranteeing public security, and for identifying the suspects of a crime even before conviction and without a search warrant judicial. 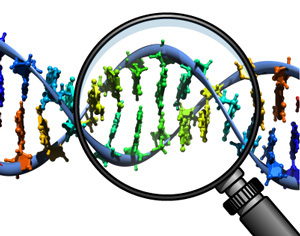 It should however be noted that the majority of the judges that led to this result was very minimal (5 to 4). It demonstrates the difficulty of deciding on the case.
The dissenting opinion is of particular interest. In particular, the oldest member of the Court, known for his conservative positions, Antonin Scalia, decided to place himself on the side of the most liberal of the Court (Ruth Bader Ginsburg, Sonia Sotomayor and Elena Kagan). He stated that the fact of believing that DNA is used for identification purposes "taxes the credulity of the credulous". In his opinion, in the case at stake, there was neither a reasonable suspicion towards the arrested nor a "special need" to ground the search and seizure, since the collected biological sample was not aimed at the reconstruction of the identity of the accused, Mr. Alonzo King. In fact, Mr. Alonzo’s identity was already known before the collection of his biological sample. The interpretation of the IV Amendment as a "door" for admitting "suspicionless searches" is unacceptable and contrary to the spirit of the Constitution, Scalia said, and this interpretation would lead to uncontrollable slippery slopes, inasmuch as it will permit the authorities to withdraw and use the citizens’ DNA even outside of the security reasons. Despite the resolution of unsolved cases represents a noble goal, it is not sufficient to justify the interference in the citizens’ privacy. Recalling the Founding Fathers of the U.S. Constitution, Scalia added: "The proud men who wrote the charter of our liberties would not have been so eager to open their mouths for royal inspection".
The case King v. Maryland has finished, but the issue is far from being solved. The lively discussions and positions in the field suggest that the debate on the topic is just getting started.